Statement of the Ruralia Association

The Ruralia Association strongly condemns the invasion of Ukraine by troops of the Russian Federation. The responsibility for the attack on Ukraine and all its consequences for the people lies solely with the government of Russia. We reject attacks on the territory of a sovereign state in violation of international law as a means of policy and fully endorse the statement of the President of the European Commission of February 24, 2022, and the resolution of the UN of March 2, 2022. We call upon all parties to the war to respect cultural heritage and refrain from any action which might risk damage to or destruction of historical monuments.

Our thoughts are with the people and colleagues in Ukraine. We stand in solidarity with the open letter from scientists in Russia who are courageously speaking out against the war despite an increasingly repressive state apparatus. The scientific community, even a relatively small society such as Ruralia, must remain a place of respectful discourse even in difficult times. 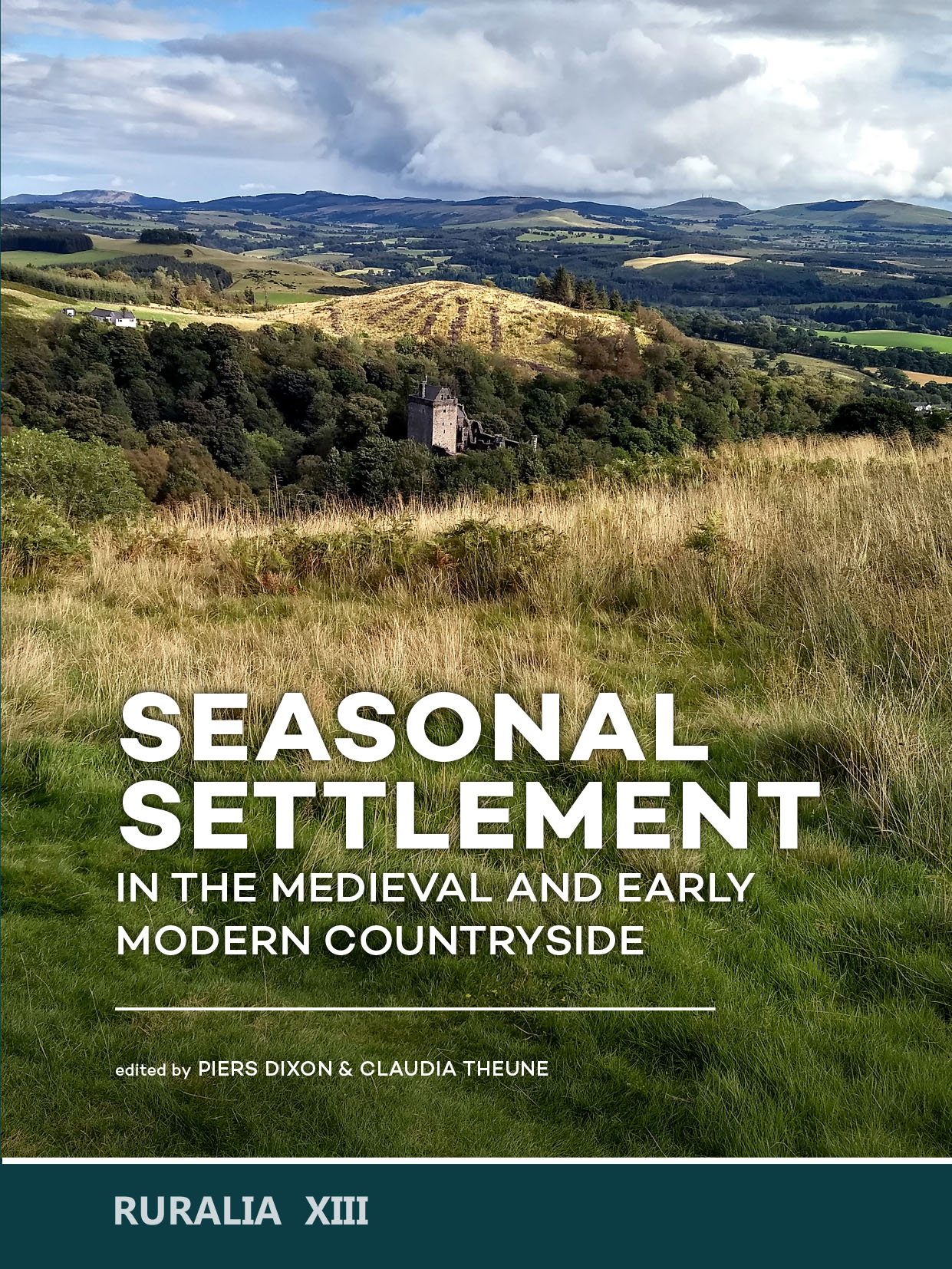 For the first time seasonality is placed at the centre of the study of rural settlement. Using a Europe-wide approach, it provides a primer of examples, of techniques and of ideas for the identification and understanding of seasonal settlement. As such, it marks an important new step in the interpretation of the use of the countryside by historic communities linked to the annual passage of the year. The particular studies are introduced by an opening essay which draws wider conclusions about the study of seasonal settlement, followed by 31 papers by authors from all parts of Europe and beyond.

By its very nature ephemeral, seasonal settlement in the medieval and early modern periods is less well researched than permanent settlement. It is often presumed that seasonal settlement is the result of transhumance, but it was only one facet of seasonal settlement. It was also necessitated by other forms of economic activity, such as fishing, charcoal-burning, or iron-smelting, including settlements of pastoralists such as nomads, drovers, herders as well as labourers’ huts within the farming context. The season a settlement was occupied varied from one activity to another and from one place to another – summer is good for grazing in many mountainous areas, but winter proved best for some industrial processes. While upland and mountainous settlements built of stone are easily recognised, those that use wood and more perishable materials are less obvious. Despite this, the settlements of nomadic pastoralists in both tundra and desert or of fishermen in the Baltic region are nonetheless identifiable. Yet for all that definitive recognition of seasonal settlement is rarely possible on archaeological grounds alone. Although material remains can be of particular importance, generally it is the combination of documentary information, ethnography, geographical context and palaeo-environmental data that provide frameworks for interpreting seasonal settlements.